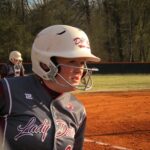 Rosman - The Lady Devil softball team opened their 2020 campaign with a 7-3 win over Rosman.  Swain opened up a 7-0 lead through the first 5 innings of the game, and then held off Rosman to post the win. The Lady Devils got strong pitching in the circle with junior Stacey Griggs working the complete game.  Griggs scattered 4 hits striking out 12 … END_OF_DOCUMENT_TOKEN_TO_BE_REPLACED 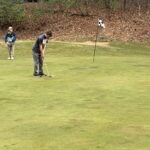 Special to the Maroon Devils Network  - The Swain High Golf Team started their 2020 campaign with their first match last week on Wednesday (3/4) at Smoky Mountain Country Club. Despite the wet conditions, the young Maroon Devils took first place in their 9 hole match with a team total of 200. Leading the team was Junior Ashton Buchanan firing a 44. … END_OF_DOCUMENT_TOKEN_TO_BE_REPLACED 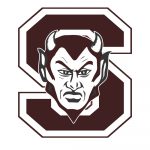 Special to the Maroon Devils Network - The Lady Devils soccer team opened up their season with a rainy game at Tallulah Falls. With the wet field it made for a high scoring game. Just four minutes into the game the Lady Devils got on the scoreboard with a goal from Sophomore Jade Henry with the assist going to Senior Dhruti Senghani. Four minutes … END_OF_DOCUMENT_TOKEN_TO_BE_REPLACED 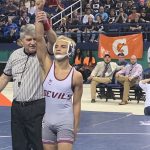