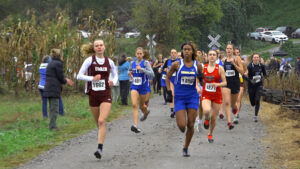 Kituwah – The NCHSAA held their 1A Western Regional Cross Country Championships this past Saturday at Kituwah.  Over 100 runners representing at least 12 teams participated in the Championships. Swain took the Regional Championship with 42 points.  Finishing second was Thomas Jefferson Classical Academy with 75 and Avery County with 86.

On top of the team championship, freshman sensation Arizona Blankenship captured the individual title as well.  Blankenship finished with at time of 18:33.59, breaking her own school record. Highland Tech’s Lauren Tolbert was second with a time of 18:54.32.

Next for the Lady Devils is the State Championship meet this Saturday. 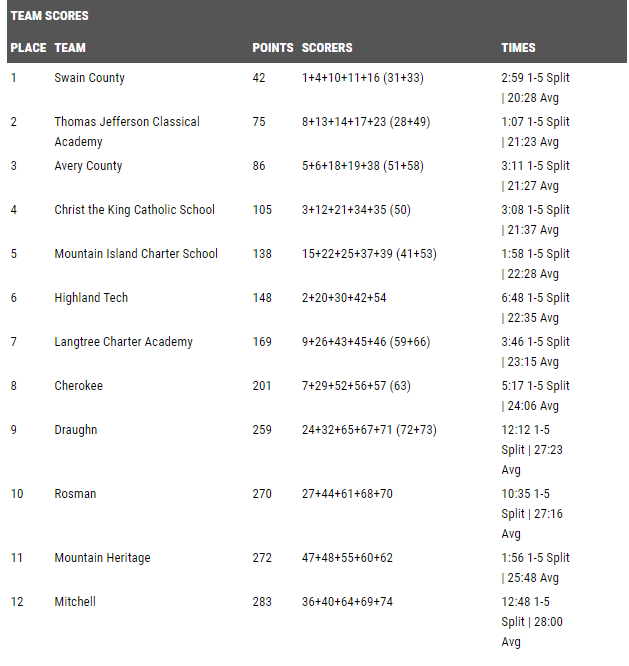 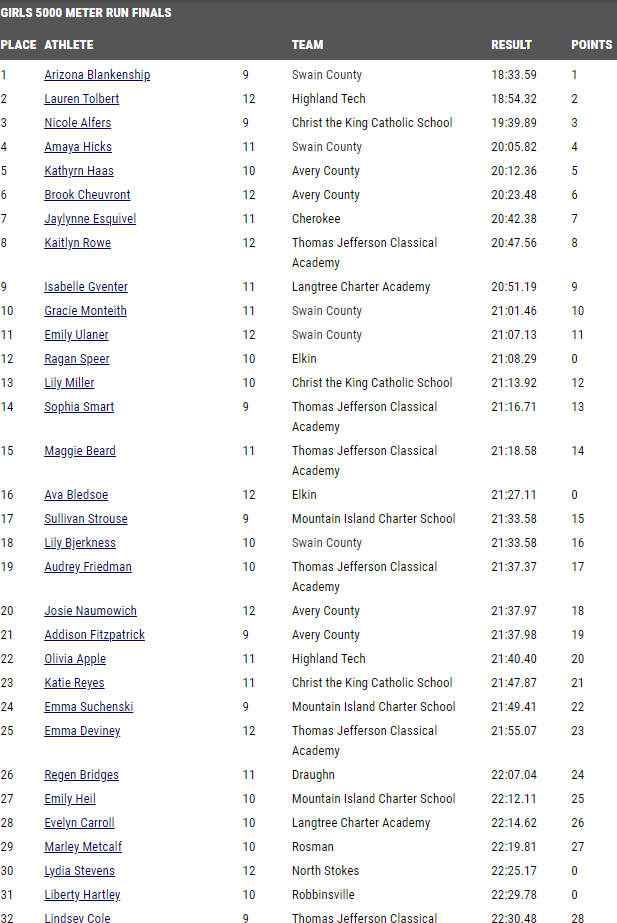