Bryson City – Visting Robbinsville jumped out to a 21-9 advantage over the game’s first 8 minutes, then made that hold up eventually taking a 70-49 win in the regular season finale.  Swain battled back in the 2nd quarter cutting the deficit to 9 before intermission.

Prior to the game Swain honored their retiring seniors, who were playing or cheering in their final home game.  A special moment came when Taylor Collins was skyped in on the scorers table video board so she could participate with her fellow seniors.  Taylor is Charlotte getting ready for heart surgery and could not be present in person.  During the varsity games the Robbinsville and Swain fans contributed over $2000 for Taylor and her family to help with medical costs. 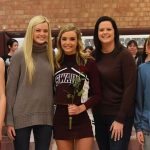 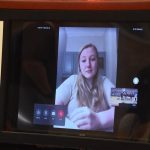 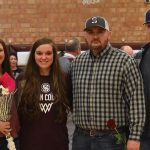 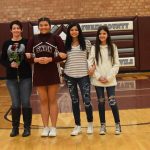 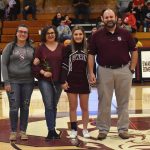 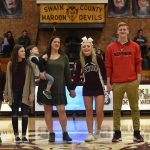