Bryson City – The Lady Devils took both games of their double header in the first ever Bullying Awareness Day.  Joining with Cherokee and Rabun Gap-Nacoochee the Lady Devils wore brightly colored socks for bullying awareness.

Prior to game 1 against Cherokee, Nolan Griggs threw out the ceremonial first pitch, then his big sister Stacey went to work.  The Lady Devils sophomore pitcher tossed her 2nd no-hitter of the season and her 5th career no-hitter.  Over 5 innings of work Griggs struck out 11 and walked 2.

On the offensive side the Lady Devils got a 2-3 performance from freshman Savanna Smith, who hit her first career home run and drove in 4 runs.  Ashton Younce went 3-3 and scored 3 times, while Ayianna West went 3-3 with an rbi and run scored.

In the 3rd game of the evening, after Cherokee and Rabun Gap-Nacoochee played, the Lady Devils faced off with Rabun Gap-Nacoochee.  Swain continued the trend of not giving up a hit as freshman Anneleise Cook tossed her first career no-hitter.  Cook struck out 6 and walked only 1 in earning the win.

Ashton Younce continued her perfect day by going 2-2.  Younce also drove in a game high 4 runs and scored 3 times, while stealing 3 bases.  Kele Eagleman drove in 3 runs, while Willa Bible and Savanna Smith drove in 2 runs.  Kensley Chambers went 2-2 with an rbi and a run scored.

The Lady Devils celebrated senior night by honoring their 2 seniors after the Cherokee game.  Ayianna West and Kendall Bowers, are the Lady Devils seniors.  Both players have been with the softball program for all 4 years of their high school career. 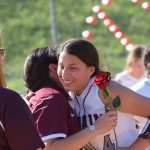 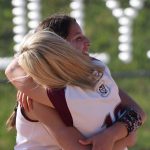 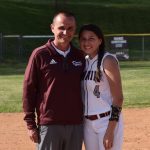 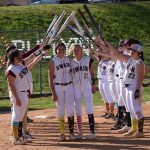 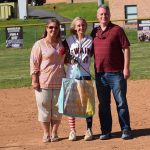 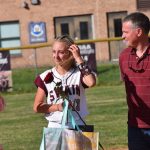